Global energy use projected to increase by 50% by 2050 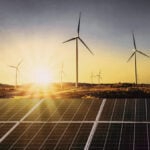 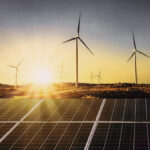 Global energy consumption has been projected to increase by nearly 50% over the next 30 years, led by a growth in renewables.

That’s according to the Energy Information Administration’s (EIA) ‘International Energy Outlook 2021’, which suggests while petroleum and other liquid fuels will remain the world’s largest energy source in 2050, renewable energy sources that include solar and wind will grow to nearly the same level.

As a result, renewables will be the fastest-growing energy source for both Organisation for Economic Co-operation and Development (OECD) countries and non-OECD nations.

Coal and nuclear consumption have been projected to decrease in OECD countries, although that will be more than offset by increase use in non-OECD nations.

The EIA also projects natural gas consumption to increase through 2050, with the industrial sector being the main contributor to the growth.

The post Global energy use projected to increase by 50% by 2050 appeared first on Energy Live News.