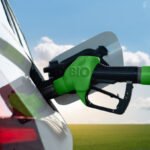 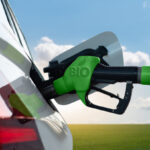 Funding worth $61.4 million (£44.6m) has been announced by the US Department of Energy (DOE) for biofuels research that can help reduce transportation emissions.

It will support technologies that produce low cost, low carbon biofuels, which are derived from renewable resources and can power heavy duty vehicles that are difficult to electrify with current technologies, including airplanes and ships.

Biofuels are produced by converting biomass – made up of organic materials like crop and food waste and algae – and other waste resources into a liquid fuel, which can serve as a low carbon equivalent to fossil-based fuels such as gasoline, jet and diesel fuel.

Energy Secretary Jennifer M. Granholm said: “Biofuels are one of our most promising paths to zero carbon aviation and shipping so it’s time to double down on R&D and begin to deploy these technologies at scale.

“This funding is critical for decarbonising the transportation sector – the largest source of our nation’s greenhouse gas emissions – and delivering good-paying union jobs and clean air and water to American communities.”